A year and one week ago I announced that I was headed back to Yonsei University and Seoul for the summer. Guess what! I’m going back, and this time it’s to Sungkyunkwan University. That’s right. The location of Sungkyunkwan Scandal. Let that sink in for a bit.

Sungkyunkwan has its own international summer program, and my university has a special agreement that sends two students on a fellowship to take an intensive human rights course for three weeks and conduct research while there. My interest in human rights is largely focused on North Korean refugees, due to my close association with Liberty in North Korea on my campus for the past three years.

I’ve extended my trip from three weeks to nearly eight. I have my plane tickets, I have no idea where I’m living (but I’ve relearned a ton of housing-related vocabulary and gotten really good at emailing people in professional Korean), every time I receive or don’t receive a reply to my housing inquiries I want to tear my hair out, and I’ve long since come to the conclusion that the best way to manage this trip is simple not to eat anything besides kimbap. That’s the only way I can afford it, even with my fellowship. Housing has turned into an absolute nightmare and I still do not see the light at the end of the tunnel.

Back to Hongdae’s teaming streets, Hapjeong’s delicious restaurants, Sinchon’s thriving street performances and festivals, Edae’s adorable stores and cafes, Gangnam’s glitter and identical noses. There’s Caffe Caffe and Cafe Noriter and Cafe Redbig and You Are Here Cafe and people in couple outfits and people squatting and smoking on sidewalks and people drinking at Hangang and people waiting for the subway and people ordering octopus at the movie theater…and people speaking Korean.

In about three weeks, I’m going back home.

And the best part is, so many of my friends will be there at the same time. There are concerts to attend, Dragon Hill Spa to return to, and hopefully a side trip. I went to Boseong last year (and really need to write a post about that), and my Jeju trip was canceled due to the MERS scare…could Jeju really work this time? That would be amazing.

I won’t be formally studying Korean, but my plan is do self-study alongside my research. I intend to conduct research at Yonsei and Sungkyunkwan’s libraries, and possibly show my face at the public library in Seoul as well. And by possibly, I mean I’m definitely going there. Not only does it have great resources that could help my research, but have you SEEN that place?? 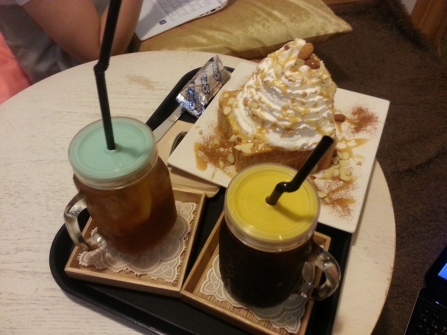 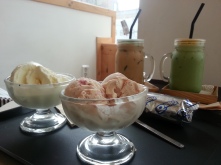 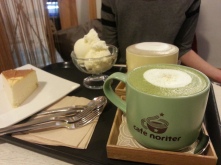 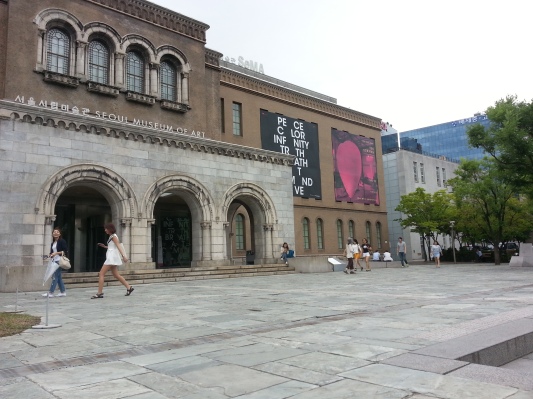 Anything you think I should try to do while I’m back in Seoul?

Scarnite is a Korean DJ, Suran is an amazing vocalist, and you can find the lyrics here.