Despite the fact that I haven’t posted anything new in a few centuries, I have been actively studying Korean. Coming back from Korea was a whirlwind of adjustment and academic rigor and it took all of my focus to keep up.

Actually about me in the morning. During post-Korea life, my sleep deprivation has vastly increased.

Well, not all of it. I’ve started translating Korean poetry 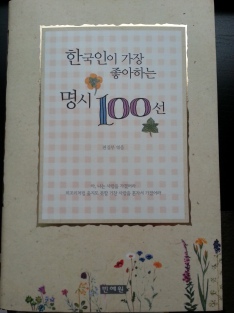 as a self-study method. My current focus is on an anthology of Koreans’ 100 Most Beloved Poems, or 한국인이 가장 좋아하는 명시 100선. A very good friend of mine gifted it to me just before I left Korea.

I dabbled in this briefly before, with David R. McCann and Jiwon Shin’s book of selected poems by Pa Chaesam, but I mainly 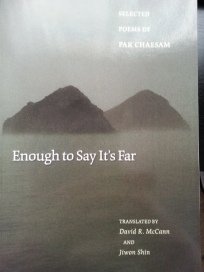 read the poems, looked up the words I didn’t know, and then read the translations to see how much I had understood correctly (it’s a bilingual book). Unfortunately, I don’t think I remember a single word I ‘learned’ via that method. Writing things down is a key part of improving your memory.

But just because you write it down doesn’t mean that  it is correct, which is why I’m writing about this.  The first poem I translated from this anthology was  entitled “다시 태어나고 싶어라” by 이성희, or “I want to be born again.”

FYI, the ~(이)라 functions as a much older way of saying ~(이)다 in this context.  Likewise, ~더라 and ~느/리라 can function as  ~었/았/였다. If you have been to a  Korean church or read poems, older fiction, etc., you’ve probably encountered this  ending used in situations that aren’t commands or indirect speech…now you know  why!

This poem immediately presented problems after I easily translated the title/first line. Words that could not be found even in the eternally fantastic Naver dictionary were numerous and I found myself despairing at the awkward yet still weirdly poetic “If I offer up tears as a burnt offering then, like the dazzling percussion of the afternoon, will I be able to smile again?” which is how I worded the last line in the third verse, “눈물로 번제를 드린다면 다시 눈부신 오후의 타악기처럼 웃을 수 있을까.”

I’m not quite sure why an afternoon is a percussion, though I can understand the afternoon being dazzling, and I can also recognize that some people’s ability to keep a beat is incredible…but the relevance is nonexistence and I am clearly grasping at strange translation straws.

Me every time I finished “translating” a verse.

Moving on to the line that really bothered me, however, brings us to the grand finale of this pretty yet rather depressing ode to starting over.

“While watching a bird arrive at the most sufficient place / I want to greet the evening.”

Not terrible, 그죠? Obviously “the most sufficient place” is awkward. But it’s kind of pleasant-sounding.

But my original translation was so strange.

If you read the entire poem, you’ll understand how incredibly anticlimactic this is. I want to be the morning star! A stepping stone! A flower on the mountain! And now…..!

저녁, of course, is commonly interchangeable as evening or the meal you eat in the evening, dinner (or supper, depending on where you’re from/how you’re raised). 맞다 is the ever-present word for Korean language learners – “That’s right, right, yep, mhm, of course, right it is, right you are.” Right right right.

But 맞다 has many other meanings. 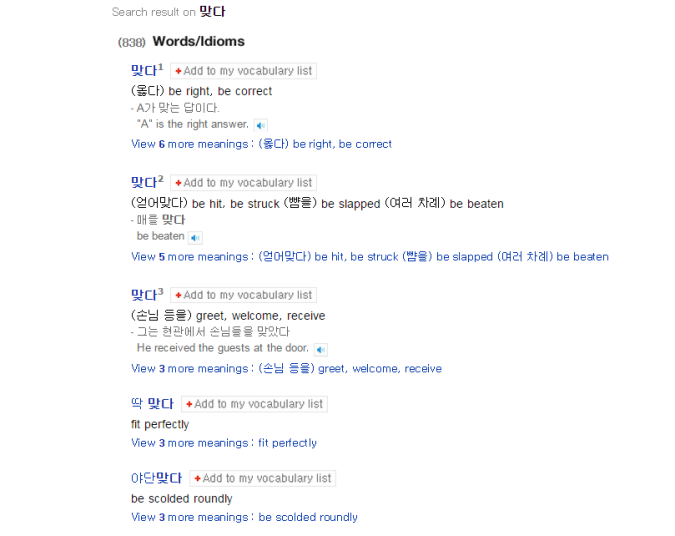 For whatever reason, I decided that “I want evening to be correct” and “I want to hit the dinner” were all incorrect so I think I made up my own meaning for 맞다 and wrote it as “to have dinner.” After digging through Naver definitions more, however, I realized how perfectly the third definition could work – I want to greet the evening! That’s poetic and not actually a totally weird thing to say! Right? 미션 성공?

There are so many problems with my translation of this poem, but I’m not too worried. I’ve translated several subsequently and none of them have gone this badly (at least, they don’t sound as strange). It’s possible it was the poem, it’s possible I simply failed at translating because it was my first time, or perhaps it’s chock-full of difficult, archaic colloquial words. I’m pretty sure it’s all three, actually.

Regardless, I enjoyed the adventure of translating and I intend to keep it up. A surprising number of words stuck in my head and while of course the danger is that these words are often far less common in normal speech – or perhaps nonexistent in everyday speech – poetry is a beautiful manifestation of the emotion in language, and it has its own things to teach us just as well as webtoons, novels, kdramas, and music can help us self-study Korean.

Have you translated Korean poetry or had any mishaps in translation in general?